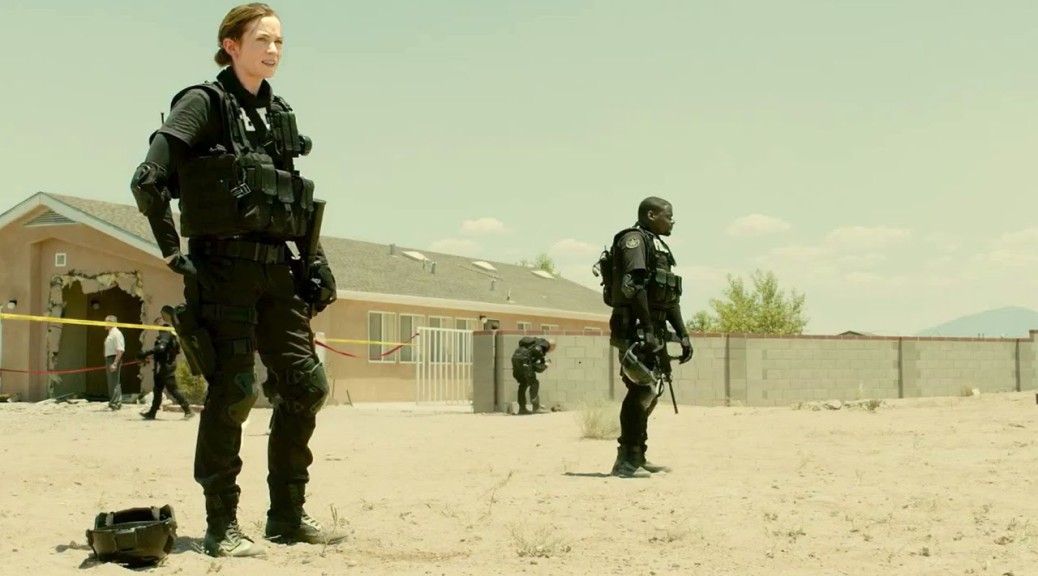 Movies about America’s military involvement in the drug trade have almost always been pessimistic. Many reviews like to think this is a recent phenomenon, born of the Oscar success of Traffic, but it isn’t. As far back as 1994, Harrison Ford’s Clear and Present Danger presented the drug war as an unwinnable conflict, what few casualties incurred having died solely for political purposes, where some small modicum of justice can only be achieved by our hero joining forces with a Colombian drug lord. Denis Villenueve’s Sicario seems to think it’s telling a new story, but it’s singing an old standard.

The advertising for this film seems to suggest a slam-bang action film pitting FBI badass Kate Macer (Emily Blunt) against a nameless mystery man played by Benicio del Toro. Not even close; in fact, after Kate has an operation grow much bigger than expected, she is recruited into a team where she and the mystery man are on the same side, executing secret missions against cartel targets under the command of Josh Brolin’s Matt, another mystery man. As the missions grow more complex and the mysteries deepen, Kate finds herself with less and less safe ground to stand upon.

In this way, Sicario resembles No Country For Old Men. Like the hero of that movie, Kate is capable and tough in the pursuit of what she wants, but finds herself with nothing but bad options all the same. As the horror piles up around her, director Denis Villenueve (Prisoners, Enemy) finds new and creative ways to ratchet up the tension. Also like No Country, Sicario is handsomely photographed by possibly the greatest cinematographer living, Roger Deakins. No thriller which looks this good and develops its thrills this effectively should ever receive an entirely bad review.

However, when the movie tries to be bigger than what’s on screen, it falls short. Screenwriter Taylor Sheridan never develops a new way to pose the same questions asked by a dozen other films on this subject. No less than three times, by my count, does one character ask another some variation of the sarcastic question, “You think we’re winning here?” Sheridan’s vivid dialogue gets that message through on the first try – the others are just annoying. 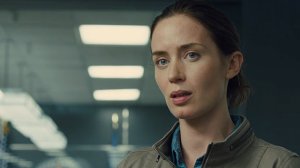 Also, it’s fair to ask whether the movie actually thinks Kate is as tough and capable as she’s first presented. It’s not clear that Sicario is a sexist film (that question needs another viewing, at least for this writer), but it is clear that Sheridan and Villeneuve are aiming for the same sort of “tough woman battling in a man’s world” tone as Silence of the Lambs and just don’t get there. Kate isn’t given the chance to make a moral or emotional stand in favor of justice, like Clarice Starling; without spoiling too much, the male characters in this film are constantly shoving her in a different direction.

It all adds up to a movie which wants to express the drug war as a violent, existential struggle, but the “existential” part is sold short. Blunt looks tough with a gun in her hands, but at the moment when a better movie would call for Kate to be bigger than herself — at the moment when No Country For Old Men asked Kelly MacDonald to tearfully speak for what’s right, even in the face of certain death — Sicario focuses on other characters entirely. All that we’re left with is a fatalistic look at how the drug war is a beast which feeds itself, but this is hardly the first movie to tread that ground.

Mark Young is the editor of Cinephile City.

One thought on “Sicario”