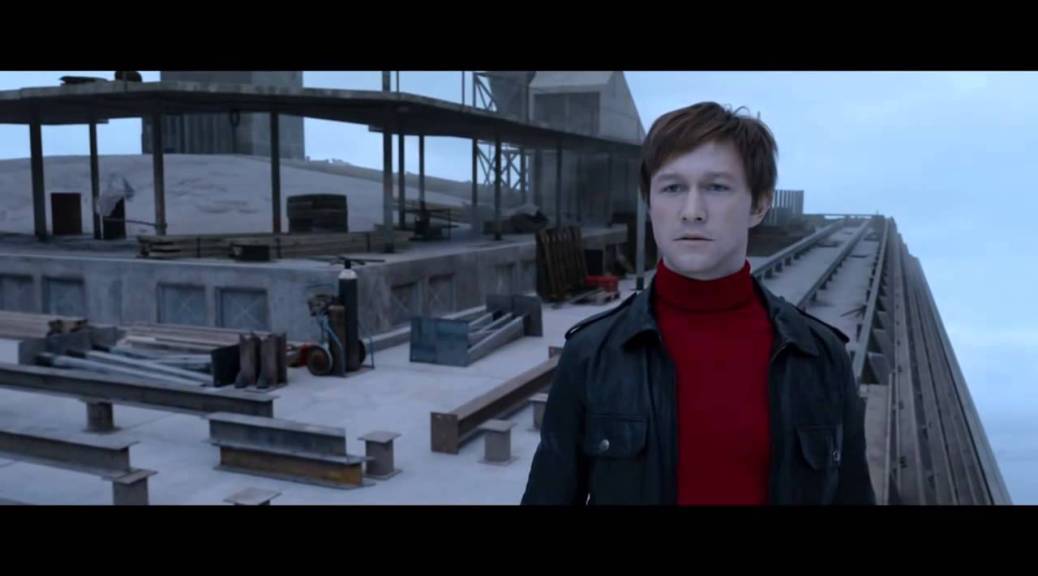 Sometimes, a review just isn’t enough. Our writing staff had a lot more to say about Robert Zemeckis’ latest, The Walk. You can read the official Cinephile City review here.

Mark Young: I’ll start off our discussion of The Walk by saying, this is one of the very, very few movies I recommend watching in 3-D (the only others I can think of are Avatar and The Life Of Pi). Every time Philippe Petit is on a wire — even if the wire is only five feet off of the ground — the depth of field in the shot always lets me know that he’s doing something special to him. During the final walk the layout of the wire setup, with New York City sprawling in the background, took my breath away. Does anyone else think this movie must be seen in 3-D?

Dylan Sands: I’m more of the mind that without 3-D in this film, what is the point? Man on Wire covered everything else this story has to offer, and also did it better, so all that’s left is to really put us in Petit’s shoes. I agree that many of the shots of New York City and the literal tension of the wire worked very well in 3-D and gave me a sense of vertigo (in a good way). But there were other wider shots that gave off that too-sleek, CGI rendered feel that gave a sense of weightlessness to Joseph Gordon-Levitt and thus took away a good portion of the suspense of seeing him out there.

And just when those close-up shots of his feet and his glances downward gained back some of the awe, that goddamn demon seagull came out of nowhere and completely deflated the moment. I’m trying not to dwell on that bird too much, but most of the audience laughed out loud at it and it was hard for me to get back on board with the grandeur of the actual walk because I was so flabbergasted as to why anyone thought that was a good idea. Just when I thought Zemeckis had avoided a misstep of his own, he gave us a straight shot of Polar Express nightmare CGI that made me forget that Petit’s walk was a real feat of pure balls that deserves to be celebrated. The bird and the helicopter — which would never have happened without blowing Petit straight off the wire! — cheapened the whole moment.

John Hanlon: Godard’s Goodbye to Language is another film that must be seen in 3-D. I bring this up because the story of The Walk — a Frenchman and friends pull off a playful stunt/crime that involves a symbol of American capitalist imperialism, now gone due to a terrorist attack — seems perfect for Godard. One wonders what he would have made of the material.

T.J. O’Neill: I don’t think it’s Philippe on the wire that makes it something special … I think it’s the wire itself. Early on in the film, when young Philippe sneaks into the circus and sees a wirewalker for the first time, it felt like the 3D was splitting its focus between the walker’s foot on the wire, and young Philippe watching in awe. Then when Philippe sneaks in when the circus (moments before he meets Papa Rudy) we see the wire extending outwards, simultaneously inviting and intimidating. Even without a human walking on it, the wire is photographed with reverence, and admiration.

Hubert Vigilla: During the wire walk, Zemeckis kind of made New York City look like a Thomas Kinkade painting.

Zak Santucci: Because Man on Wire is so good, the 3D is really the only thing that makes The Walk totally worth it.  Outside of the seagull, I really enjoyed the way 3-D contributed to the scale of the event as well as the more personal moments, like Philippe’s relationship to the wire itself.

I think the highly controlled sound mix of a theatrical presentation makes this an essential theatre-going experience as well. The awe of the moment may not match that of say, Gravity, but the movie on a whole has a level of old Hollywood schmaltz and wonder that worked at least 65% of the time. The framing device was hit-or-miss, the forced sentimentality wrung out of the fact that the towers no longer exist, and a few overtly cartoonish supporting turns had me rolling my eyes. But Zemeckis’ and Gordon-Levitt’s shared enthusiasm was able to rein it in enough to produce something that was at least a little bit special … even if it was similarly hokey.

Dylan Sands: Zak, I think we’re actually agreeing in that the 3-D is worth it for this movie. It’s just that the 3-D experience is the only thing this movie has to offer (if you’ve seen the documentary), so it better be good. And it is, for the most part. I’m admittedly dwelling too much on that bird, but I can’t deny the annoyance it gave me. I never quite came back from that, so I found myself thinking that Petit’s actual description of the walk in the documentary was even better than a simulation could be if they’re just gonna muck up all the nuance. Zemeckis cooked those carrots with extreme prejudice.

Mark Young: I may get heavily flamed for saying this, but I thought Joseph Gordon-Levitt was more interesting as Petit than Petit himself was in Man On Wire. I feel like Petit’s passion is so intense that we feel it better when it comes from an actor than a real person. The supporting characters in the film keep asking each other if Petit is in his right mind, and I think I had the exact same response to real-Petit, but fictional-Petit can come off as merely misunderstood.

Scott Goldfarb: I wasn’t too keen on the first portion of the film when it was in France. The whole thing just felt way too overcooked in terms of hyper stylization and being way too overly precious Edith Felip`s character. Things do improve quite a bit once the heist comes together, as that is where things get a bit more serious and is a much more fun film then when it strains way too hard.

The final wire walking sequence is as amazing as I hoped it would be and not even the horribly animated seagull can make me think otherwise. Which is one of those questions for me: does a film that is so amazing at the end make it worth watching as a whole? I’d argue yes in this case, just because it is a real technical marvel and something that is deeply cinematic and visceral. However, if a really nice video was taken up and streamed on YouTube, would that be just as good as seeing the whole film? I’d argue that, while it would lose the immensity of an IMAX screen and 3D, I think it would be the main part of the film that would be vital to see, no matter what.

Mark Young: Thoughts on Charlotte Le Bon as Philippe’s girlfriend, Annie? I think that character is going to suffer in any re-telling of the story, because all versions (from Man On Wire, to the nonfiction book, to this movie) are told through Philippe’s voice, and thus we never really know how important Annie thinks she is to this process. Having said that, I think her character is about as well-drawn and well-performed as is possible, and Annie is a much stronger presence here than in Man On Wire. It certainly helped my appreciation of Gordon-Levitt’s accent to see him working opposite an actual French person. [Editor’s note: Le Bon is a Quebecois, to be exact.]

Scott Goldfarb: I think Annie was fine, but nothing special. This really is Joseph Gordon-Levitt’s show for the most part, and the only character who comes anywhere close to that level of energy and fun is JP, as played by James Badge Dale. Even Ben Schwarz, who I really enjoyed as Jean-Ralphio in Parks & Rec, doesn’t have much of a character to play, beyond a bit of mild enthusiasm and mild concern.

Eli Sentman: Charlotte Le Bon was absolutely delightful, but I do think the character of Annie, especially vis-a-vis her relationship with Philippe, was a bit underdeveloped. The film doesn’t make it clear enough that she might actually be in love with Philippe the Artist more than with Philippe the Person. I think there’s something interesting to be explored in the story of a woman who devotes so much of herself to the hopes of another that she loses sight of her own personal aspirations. Even still, Mark makes a great point: since the movie is told through Philippe’s point of view, perhaps Philippe himself was too preoccupied with his singular goal to notice Annie. After all, everybody in the audience is looking forward to that big walk, and relationship struggles don’t pop quite as strongly in 3-D.

I’d also like to throw in a quick defense of the early portion of the film set in France. Sure, it’s sometimes cloyingly cutesy, but I kind of dug it. In fact, I liked watching Phillipe and Annie fall in love in Paris more than almost anything that happens in the New York portion of the film — aside from, you know, that whole walking between towers thing. The French covers of American bubblegum music (my favorite is the cover of “Sugar, Sugar” by The Archies) on the soundtrack really help to set the mood, but again, I can see how that might only add to the annoyingly high quotient of cutesy-ness for some viewers.

Dylan Sands: Charlotte Le Bon did the best she could with what she had to work with, but I think that whole relationship was really underdeveloped as most of you have said. Philippe at one point says to her that she is his strength or something like that, but there’s really no evidence to suggest that aside from him saying it once and moving on. Also, in the documentary isn’t it said that Philippe slept with the first woman he met after being bailed out of jail? I think he blamed it on being amped up over the whole event, which is perhaps somewhat understandable, but I found that mildly amusing in regards to the romantic subplot for the The Walk which is just kind of … there.

I agree with Scott on Petit’s posse as well: all thoroughly forgettable except for James Badge Dale (who was great) and that insufferable hippie who grew more annoying with each scene he appeared in. Not sure why you would cast the terrific Ben Schwarz to essentially hide behind facial hair and do virtually nothing, but that’s what happened here. Then there is that bizarre moment at the end where [spoiler redacted] is revealed and then dismissed. I would have like to see more from the posse’s perspective since they also had a lot of balls to go through with the whole “coup.”

Eli Sentman: Who was worse: the hippie or the seagull? I honestly think the hippie was worse than the seagull. Second question: do we think Robert Zemeckis has ever met anybody who has smoked pot?

Dylan Sands: The hippie was way worse than the seagull, but the seagull popping up at such a pivotal moment totally harshed my mellow, maaaaaaaaaaan! Whoa was he like a narc or something else totally not groovy? Whooooooaa.

Hubert Vigilla: I’m pretty sure the hippie saw the seagull while he was freakin’ out, maaan.