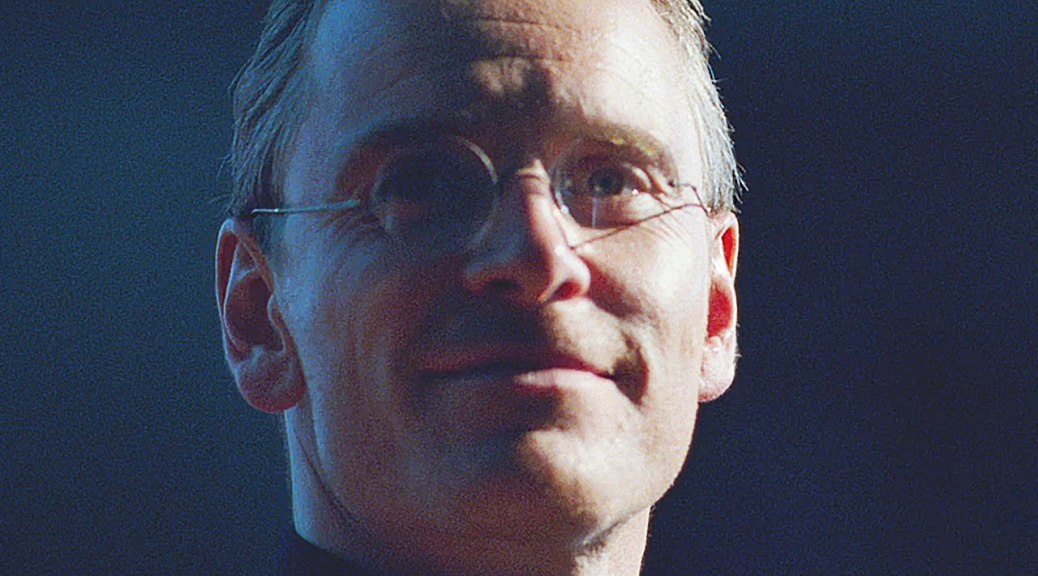 It’s difficult to explain why Michael Fassbender is such a good actor. It’s difficult to understand why he’s such a good actor. After watching him in the title role of Danny Boyle’s Steve Jobs, the best this critic can say is that Fassbender is the Steve Jobs of acting. From afar, ignorant of the challenges in his process, it looks like he is doing nothing. It’s only later that the understanding comes: none of the brilliance would have been possible without him. Steve Jobs has its problems, but then, so did the early versions of the Mac.

The film follows Jobs on the launch days of three different products that he spearheaded: the first Macintosh in 1984, the NeXT computer that he designed after leaving Apple, and the first iMac in 1999. Aside from the occasional flashback, each day is a different act of the movie, as Jobs and his right-hand woman Joanna Hoffman (Kate Winslet) grapple with the problems posed by Jobs’ original partner Steve Wozniak (Seth Rogen), his former boss John Sculley (Jeff Daniels), and the mother of his child, Chrisann Brennan (Katherine Waterston). 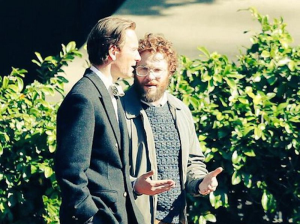 It’s disappointing to say that Boyle’s direction is more than a little pedestrian. The use of graphics, title cards, and archival news footage to illustrate the passage of time is something that dozens of biopics have done before, and the flashbacks carry no weight of the passage of time (the flashback in which Jobs is voted out of Apple after the Mac’s failure is visually interchangeable with the present-day scenes that bracket it). Steve Jobs is a handsome film, but in terms of visual storytelling, Boyle’s debut Shallow Grave did far more with far less money.

However, issues in the direction can be likened to a hardware problem, and this movie’s software is all top-notch. Aaron Sorkin’s screenplay is as quip-laden and sharp as his work for The Social Network, but that should be no shock by now; snappy patter is the Sorkin brand. What’s really impressive is how Sorkin avoids the technical pitfalls inherent in this sort of story. Exposition is parceled out in small, effective chunks, every digression serves a purpose, and every scene ends with a pseudo-punchline that cuts right to the heart of what the film wants to say.

And what does every scene want to say? In short, that we can no better understand why Jobs was the way he was than we can understand how he knew so well the sort of computers that we would want. That’s why Fassbender is so brilliant in the role: he’s a master of doing nothing, which is one of the toughest challenges an actor can face. There are no nervous tics, no fidgeting, no showboating moments. In the moments with Jobs’ daughter, when a good (or even very good) actor would do the smallest frown or hardening of the eyes to show his faults as a father are lancing him right in the heart, Fassbender somehow manages to do even less than that. Yet we receive the same amount of emotion that the good-or-very-good actor would deliver. 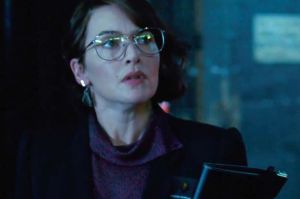 The remainder of the cast is also brilliant. Winslet steps outside of herself with a sort of mannered performance she has never previously delivered, and no one would have expected that the Seth Rogen who sleepwalked through The Green Hornet would be this capable as Wozniak. But, as good as they both are, neither makes it look as easy as Fassbender does. It’s not clear that anyone in Hollywood could make the character of Steve Jobs look this easy.

Steve Jobs ends on a note of uplift that it does not really earn. As with The Social Network, it seems like the subject of this film should remain a mystery to the audience until the final shot, and he does not. Plus, the conclusion involves a pair of none-too-subtle reminders of the iPod and the iPhone, which seems like lazy writing if the three most important days in Steve Jobs’ life were before either was introduced. But one does not see Steve Jobs to nit-pick those issues. One goes to see the best actor of his generation play one of the most inscrutable men of any generation. In that sense, the movie is a success.

Mark Young is the editor of Cinephile City.