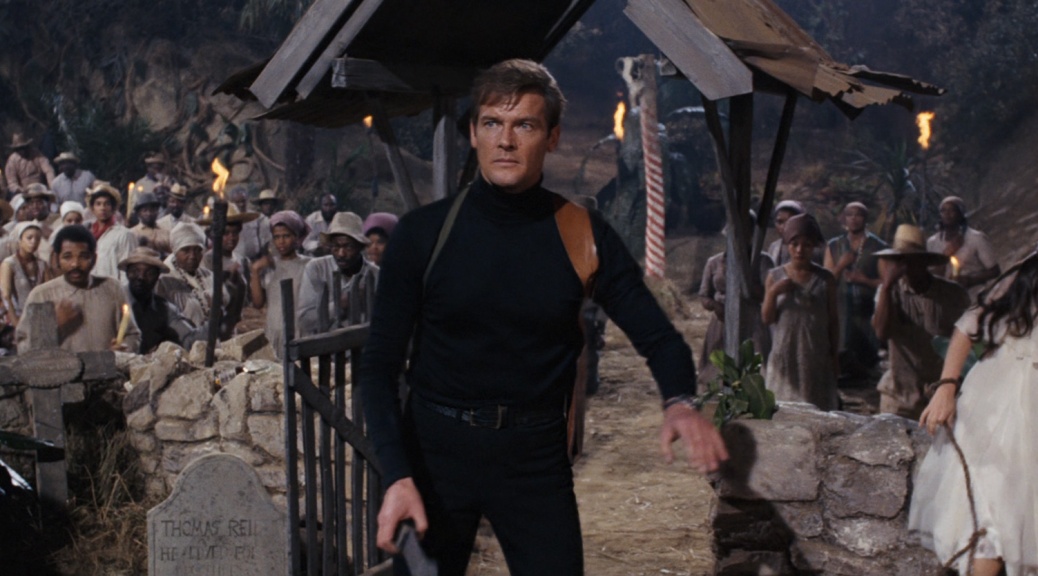 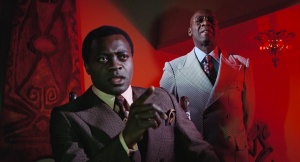 Published in 1954, Live and Let Die was Ian Fleming’s second James Bond novel, the follow-up to Casino Royale. The film version, however, was the eighth in the Bond series – ninth, if you include the deliberately silly 1967 version of Casino Royale – and the first starring Roger Moore. Live and Let Die the film shares some elements and scenes with the source novel, more so than other Bond films that got only their title from one of Fleming’s books. Bond is on the trail of heroin kingpin Mr. Big (Yaphet Kotto, sporting a generic bad guy’s name if ever there was one) who also happens to be Kananga, a corrupt Caribbean dictator who feeds people to crocodiles and sharks and makes his decisions based on tarot card readings.

This gap of almost two decades might have been even longer had screenwriter Tom Mankiewicz not been so interested in pitting 007 against some black villains. The Civil Rights Act was not even ten years old but a dubious sort of social progress can be seen in Live and Let Die‘s script: the bad guys are black and almost all the good guys are white. It doesn’t seem racist so much as an illustration to not judge people “by the color of their skin, but by the content of their character.” The Black Power movement of the late 1960’s both inspired and provided an eager audience for the major cinematic influence on Live and Let Die, that of blaxploitation cinema. 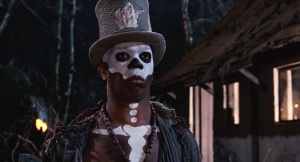 It was the first time a Bond film would take inspiration from any type of film other than classic Hollywood spy thrillers, though the story here is an inversion of blaxploitation. Instead of a black character striking back against a powerful white man who is destroying their community, a white character fights a powerful black man who is aided by the entire black community. It replaces blaxploitation’s anarchic thrill in seeing a corrupt person or system taken down with the wit of watching Roger Moore refusing to lose his British reserve in  situations where he sticks out like a white thumb. They’re all against him, they’re all spying on his every move. It’s both a parody of white paranoia (“They all know each other and stick together. Lock the doors and roll your windows up!”) and a sad reversal of the spying and infiltration of black communities undertaken by the FBI in response to the Black Panthers movement.

Live and Let Die is not really like other Bond films. After several movies with villains in secret underground lairs who threaten to launch weapons of mass destruction, Mr. Big’s plan seems fairly mundane. He plans to flood the drug market with free heroin, force other crime families out of the drug business and then raise his prices once the competition is gone. It’s a plan that would fit as the plot for any number of early 1970’s crime films such as The French Connection or The Seven Ups. The look of the film echos the gritty realistic look of crime films of the era. Gone are the nifty gadgets and glamorous locations of earlier Bond films. James stays at an unexceptional tourist hotel when he is on the fictional Caribbean island of San Monique. The heroin factory is a shack he quickly dispatches by burning it down. One chase scene takes place at a small airport for chartered planes and the other is with speedboats on the waterways of Louisiana. You could almost call it the most realistic Bond film were it not for the voodoo and tarot cards.

The interest in the occult in the early 1970’s was part of a general reaction against the established order begun in the 1960’s, the order in this case being that of organized religion. Witchcraft, magic, Yarrowstalks, the I Ching, tarot cards, fortune telling, palm reading: these were well-known and seen as benign even to those who didn’t use or believe in them. They were featured in movies long before the 1960’s – more than once you’ve seen the cliché of a gypsy, while reading someone’s future in the cards,  flipping over the card for…DEATH! – but the occult had penetrated mainstream culture enough that its ideas could be taken seriously in a James Bond film. Kananga’s tarot card reader Solitaire (Jane Seymour) isn’t undone because the occult is bunk or because the cards mislead her but because James easily tricks her. He makes her think that “The Lovers” card means that they are to be lovers. They do, but Solitaire loses her connection to the spirit world and thus her usefulness to Kananga in the process.

The sexual and racial dynamics of the Bond – Solitaire – Kananga triangle are such that you have two men, one black and one white, fighting over the virtue of a white woman. Both are exploiting her for their own ends.  Once again Bond saves the world with his dick, but for the sake of the plot the idea is reinforced that any white guy can steal a woman from a black man, even if he’s more successful and has more to offer. “Stay with your own kind” is a warning to women in this film, seen not only in Solitaire being offered up as part of a voodoo sacrifice for her betrayal of Kananga, but in how quickly Rosie Carver (Gloria Hendry, a veteran of the blaxploitation genre in films such as Black Belt Jones and Black Caesar), a black double agent, is dispatched after sleeping with Bond. 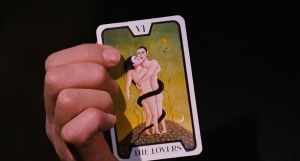 The notion of the occult as a legitimate alternative spiritual system wasn’t to last long, as evidenced by 1973’s most successful film, released just six months after Live and Let Die: William Friedkin’s The Exorcist. From then on, any contact with the other side other than prayer was seen as just an invitation to have evil forces invade and ruin your life. Tellingly, Linda Blair’s Regan mentions she’s been playing with an Ouija board shortly before she’s possessed. The occult could now only provide the initiating action for horror films and punishment for characters foolish enough to try it but little more than that.

The success of blaxploitation cinema would also wane by year’s end.  There would still be blaxploitation films, but as critic Richard Maynard wrote in the Los Angeles Times, “By late 1973 the genre simply ran out of gas. The formula had become dull and audiences just stopped showing up. The studio execs had already found a new staple to fill the downtown theaters — martial-arts movies.” The crime film naturalism of Live and Let Die would be replaced more and more in each succeeding Moore film with technological fantasy and camp. Kananga’s comical death – Bond force feeds him a gas pellet that makes his body inflate like a balloon and then pop – might seem like an anomaly in this film but is a prediction of what was to come in the series.