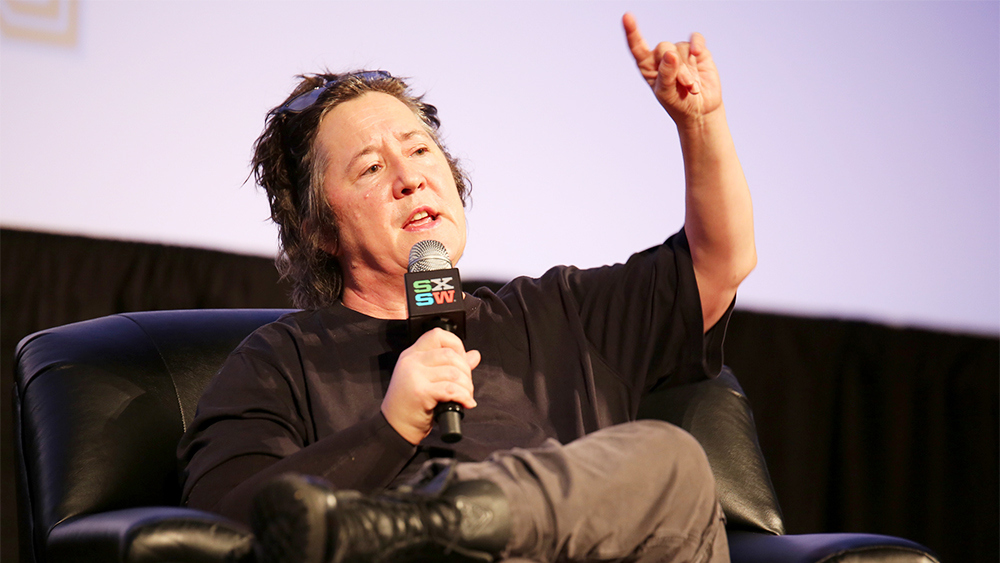 Early into her indie filmmaking how-to book “Shooting to Kill”, producer Christine Vachon shares her unofficial manifesto with regards to how she chooses which films to nurture and support:

I’d never make a film solely because it’s edgy or provocative or features a gay subject. I tend to work with writer/directors who consider themselves auteurs… Every one has been totally obsessed with what he or she is trying to say, and has taken enormous pleasure in that obsession.

Since the early 1990s, Vachon and her production company Killer Films have helped to create and champion such artistic, obsessive visions. Throughout her career, Vachon has focused on fostering relationships with unique filmmakers who see themselves not as guns for hire, but as dedicated artists whose films are intimate and challenging. In the early 1990’s, when independent cinema was on the cusp of becoming a hot commodity, many of these films may never have seen the light of day without her help.

Killers’ slate from the 1990s in particular reads as a best-of list of landmark independent films: Larry Clark’s Kids, Todd Solondz’s Happiness, Todd Haynes’ Safe. Vachon’s career is full of such unique and often controversial films that few other production companies would touch. This dedication to giving the director-as-artist more freedom than the average large movie studio is an integral part of the success of both Killer Films as a production company and many of their offerings. Vachon-produced films are overwhelmingly labors of love, and tend to have a strong singular vision that propels them.

Haynes’ newest film, Carol, can be seen as the culmination of this philosophy. While the film is marketed and distributed by the heavy hitters of The Weinstein Company, Carol is a Killer Films production through and through. Haynes’ lush vision deliberately evokes 1950s melodramas, similar to his 2002 film Far From Heaven, an homage to the output of Douglas Sirk. While costume dramas in and of themselves are nothing new or spectacular, Carol distinguishes itself by using as its source material the Patricia Highsmith novel The Price of Salt, a lesbian romance which was remarkably transgressive for its time.

There have been very few epic lesbian romances with such a high profile (the most prominent exception, The Duke of Burgundy, was released earlier this year), and as a result it’s one of the most anticipated movies of 2015. Due to its content, Carol may have had a difficult time coming to fruition without the backing of Killer Films, even taking into consideration Haynes’ remarkable output and reputation as a director. Vachon, who initially met Haynes in college, has nurtured and supported his career each step of the way. Her efforts helped to make Poison, his avant garde feature debut, a festival hit, and Killer Films has produced all of his movies since.

Even when films have smaller budgets and scopes, Vachon has still been able to produce unique and remarkably personal films. One notable example is Rose Troche’s romance Go Fish, widely heralded as one of the first lesbian themed films to gain cultural traction that doesn’t end in tragedy or a return to the heterosexual status quo. The film was actually unfinished when brought to Vachon’s attention – director Rose Troche was shopping an unfinished cut around largely because she needed financial backing to complete the shoot. Impressed by its raw, almost documenty-like style (the film is entirely in black and white, and is shot by talented by inexperienced filmmakers), Vachon took a chance and chose to finance the completion of the film. It eventually became a sensation.

Go Fish is remarkable for its time: realistic without being boring, romantic without without relying on cliché. There is no coming out plot, instead focusing on a group of already out lesbians, which already marked it as different than previous offerings. Any and all dramatic tension springs from the relationship between the two main characters, and their problems are ones any couple could face regardless of gender or sexuality. The success of Go Fish wasn’t solely because of its focus on the lesbian community, but because of its frank and honest depiction of these women’s lives, drawn largely from Troche’s own experiences. This sense of authenticity made Go Fish distinctive in a field of lesser offerings. and became a centerpiece of the New Queer Cinema movement.

Of course, the landscape of funding and distributing independent film has changed dramatically since Troche’s success. The rise of streaming services and video-on-demand means that there is a constant demand for more content. This can be beneficial to smaller and more offbeat films, as this way they can gain more opportunities to find an appreciative audience. Still, the release and dissemination of challenging cinema can still be difficult. Vachon has continued to back films that challenge the status quo, even in a film environment that sees more mainstream queer-centric movies. Ten years or so after Brokeback Mountain (a film whose cultural impact owes much to Vachon’s work to highlight queer cinema), queer themed films from major studios are more common, but they often lack a sense of individuality. The two most high profile queer-themed movies released this year, Freeheld and Stonewall, performed poorly both critically and at the box office. This failure to connect with audiences may be in part because the films were produced with the desire to draw as mainstream a crowd as possible rather than a dedication to showcasing a singular vision.

Vachon’s career is characterized by a desire equip directors like Troche and Haynes with the means to realize the stories they wanted to tell and the way they wanted to tell themselves. This is not to herald Vachon as the sole savior of queer cinema – she would be the first to disabuse one of that notion – but her dedication and drive have enabled filmmakers to take risks that may not be encouraged or allowed by other producers or studios. While not every venture is a masterpiece (few people are going to herald Cindy Sherman’s Office Killer, for example, as a triumph of cinema), Killer Films’ willingness to trust the director and their creations has led to some of the more distinctive and unique films of the last twenty-five years.

Lauren Baggett has been obsessed with film since early childhood and possibly the womb. She is the unchallenged champion of waiting in line for movie screenings and enjoys popcorn for dinner.