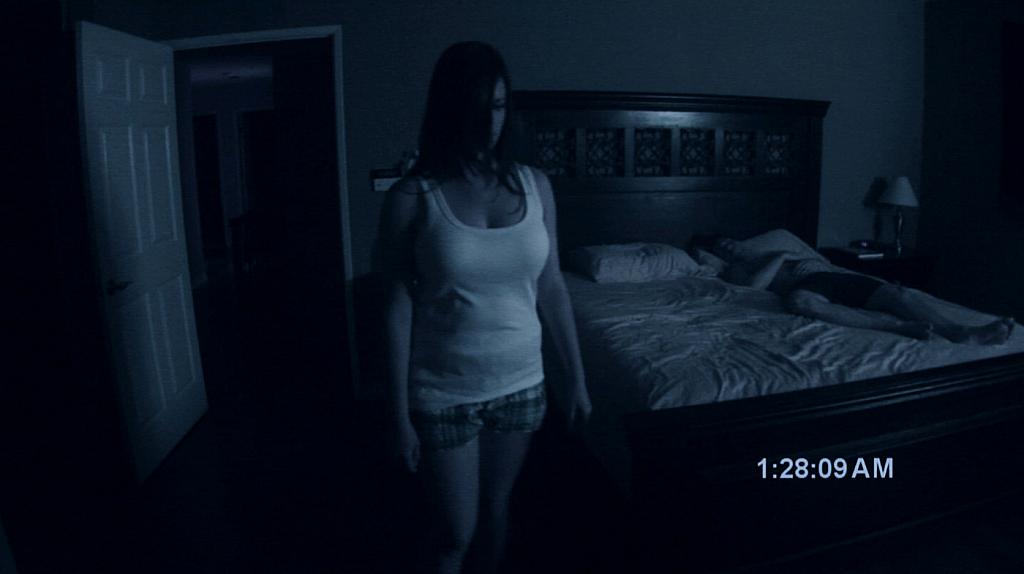 City Council is our regular feature in which we discuss an issue in the world of cinema. Yesterday was Lauren Baggett’s Opening Argument, Resolved: Paranormal Activity is the most important movie in the era of modern horror.

Zak Santucci: Unfortunately I can’t really argue with Lauren, because I don’t disagree with the meat of her essay. Paranormal Activity was a huge success, definitely influenced the genre as a whole, and it succeeds artistically in what it sets out to do.  However i am pretty lukewarm on the style utilized overall, and how effective it was for me personally. As I see it, found footage tends to live and die by its believability. The primary effect of this tool is right there in the name of the genre: “found.” It’s inherently voyeuristic.

Where Paranormal Activity fails for me is in its distracting constant defense of its technique by constantly drawing attention to it. Early entries in the genre like Blair Witch Project or Cannibal Holocaust have the benefit of feeling fresh while taking its documentary aesthetic for granted. With the ultra low-budget security footage the audience is even more aware of the camera and the emotional beats (“Oh… This is the part that where the filmmaker is being suspenseful”). Something like The Bay, through its “nonfiction video essay using primary sources” approach, is able to state the premise at the beginning and successfully pull the audience along for the ride with little fourth-wall-breaking. Another issue is that the whole facade of the movie buckles under the lack of naturalism in the actors and the stilted improvised performances. A rather tame image of a sleepwalking woman standing over her sleeping husband’s bed has little weight if every previous moment feels like an amateur acting exercise with no real danger. The images and low-tech scares may have been well-paced and well-executed… But its the surrounding package that makes those moments fall flat. 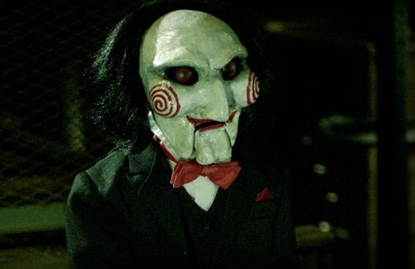 In 2009 Bush’s presidency ended, the war wound down, a ban on torture was implemented and Paranormal Activity was released. Under Obama, cultural discontent moved away from corporeal carnage and towards issues of domestic surveillance, creating concerns that were less physical and more existential. Not to absolve his administration from their inexcusable acts, but the great irony of the Obama era is that we simultaneously want to be both more private and more public. Found Footage movies exploit this tension. We want to be watched, but our mistakes and secrets – symbolized by the supernatural – return to haunt us more than ever before. The slasher movies of the 70’s and 80’s elicited audience derision at the Final Girl for fleeing up the stairs instead of out the door. Now we get incredulous at the kids who don’t just drop the camera and run. However (and this is rooted in my own Gen-X prejudice), I find it totally plausible that a millennial would risk life and limb for Instagram and Vine.

Mark Young: My only question is, did Paranormal Activity become a thing on its own merits, or were there shifts in the marketplace that some sort of movie would have inevitably jumped upon, and Oren Peli was just the first to get there? Sometimes, looking at the flood of cheap thrillers on Netflix, it seems inevitable some director or studio would figure out that these sorts of movies could be made on the ultra-cheap via digital video, with a low-cost no-name cast not only a bonus but practically required (because Hollywood A-listers do not want to be shot in the unflattering ways that a found-footage movie uses), no music, next to no special effects, and so on.

The Blair Witch Project was shot on film, with a gimmicky improvised style to make up for the fact that its low budget did not allow for film to be wasted. It’s only natural for studios to think they can’t replicate that. But Paranormal Activity … everyone looks at that washed-out surveillance video footage thinking they can duplicate it. And everyone did.

Eli Sentman: The question I ask myself when watching any movie in the Paranormal Activity vein basically amounts to, “Was this improved by being found footage?” To cite a recent example, I felt that as used in The Visit, the technique (at best) neither helped nor hurt the movie. It would’ve been just as effective (perhaps more so) if it had been filmed like any other good old-fashioned horror movie. 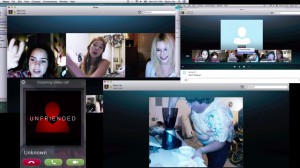 Lauren makes a very important point, though: the success of Paranormal Activity has allowed for studios to take risks on low-budget horror; as it just so happens, it’s probably much easier to make a low-budget movie in the found footage style than in the more traditional style. Found footage may not always be the most fitting style for a given movie, but perhaps more importantly, for some filmmakers it might be the only style possible given budget constraints. For that reason alone, we should cut the genre more than a little bit of slack. And if we’re occasionally provided with great little films like Unfriended, which I found relatively ingenious in its use of the style (especially if watched on a laptop!), then that’s all the better.

Scott Goldfarb: What I find a bit interesting about found footage is that there hasn’t been any real hailed auteurs within the subgenre yet. It seems like directors like Oren Peli or the Daniel Myrick/Eduardo Sanchez duo make one gigantic film and then the rest of their career just kind of dissipates. And unlike with Tobe Hooper still being hailed for Texas Chainsaw Massacre, even if his career didn’t amount to anything, it seems like only certain found footage films are hailed and the directors aren’t particularly noted. It still seems to me like noted horror directors like James Wan, Eli Roth, or Ti West, are still ones who (while sometimes dabbling in found footage) aren’t ones who got their start or work primarily in the genre.

I think part of this has to come from the invisibility of the director in found footage. When a horror film is done traditionally, it’s easier to directly think of the deliberations and choices that a director makes and it’s easier to evaluate how effectively one person is manipulating you to feel scared. With found footage, the whole conceit is that this is footage that could’ve been shot by anyone, which makes it feel like there’s much less work involved in directing a found footage film than a traditionally filmed narrative. I do wonder, if more found footage films prevail, whether there will eventually be any innovators within the genre who make it more readily apparent that there is someone behind the camera skilled at creating the illusion of no skill.